Request A Consultation with Collier Law

We encourage you to request an initial consultation by completing the form below. Once we receive your submission, we will give you a call to schedule your initial meeting.

Serving clients in Salem and the surrounding area 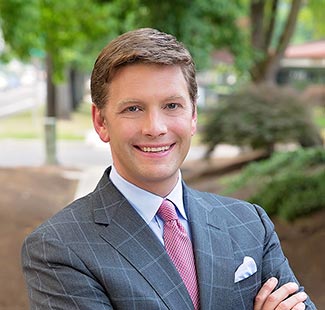 Ryan is an estate planning and probate attorney in Salem, Oregon. He is licensed to practice in both Washington and Oregon. His practice emphasizes advising clients on estate planning, probate and trust administration, and fiduciary liability. Ryan’s extensive background in financial planning is of significant value to his clients’ estate planning needs.

His clients seek to minimize potential estate taxes and pass on the maximum value of their estates to their children and grandchildren. Ryan’s clients receive the benefit of his extensive legal knowledge, privacy, and security. Local attorneys and judges ranked Ryan exceptionally high, resulting in an AV Preeminent™ rating for his knowledge and experience in trusts and estates, general practice, and wills and probate – the highest rating given by Martindale-Hubbell. Super Lawyers Magazine awarded Ryan with the Oregon Rising Star in 2010 and 2011, honor is given to less than five percent of Oregon attorneys.

Ryan is an avid volunteer and supporter of the Salem community. In 2010, the Statesman Journal Media selected Ryan as one of the “Top 20 under 40.” This annual award is presented to individuals making a difference in the Salem community. Ryan was also recognized by the Salem Area Chamber of Commerce as the 2009 Outstanding Young Professional. He has served over 11 years on the board of directors for the Salem Leadership Foundation, a faith-based organization that brings people of faith and people of good-will together to make Salem the best community in Oregon. For five of those years, he served as their president. Ryan is a 2006 graduate of Leadership Salem through the Salem Area Chamber of Commerce. He serves as the Board Chair for the Salem Foundation, a charitable community foundation that makes grants to area nonprofits. He also volunteers as a leader for his children’s Boy Scout groups and serves on the Boy Scouts of America Cascade Pacific Council Advisory Board. The Boy Scouts has awarded Ryan the District Award of Merit for Extraordinary service to youth. Ryan cherishes his time with his wife, Holly, and their three teenage sons. He loves the outdoors and appreciates the many wonderful partnerships that make the Salem community strong and vibrant.